Thomas Alsop is the current “Hand of the Island,” a title handed down from generation to generation. He guards Manhattan from evil, using his family’s prowess for magic. Being a thoroughly modern warlock, he deals with something even more evil than demons… reality television! (resume by Boom Studios) 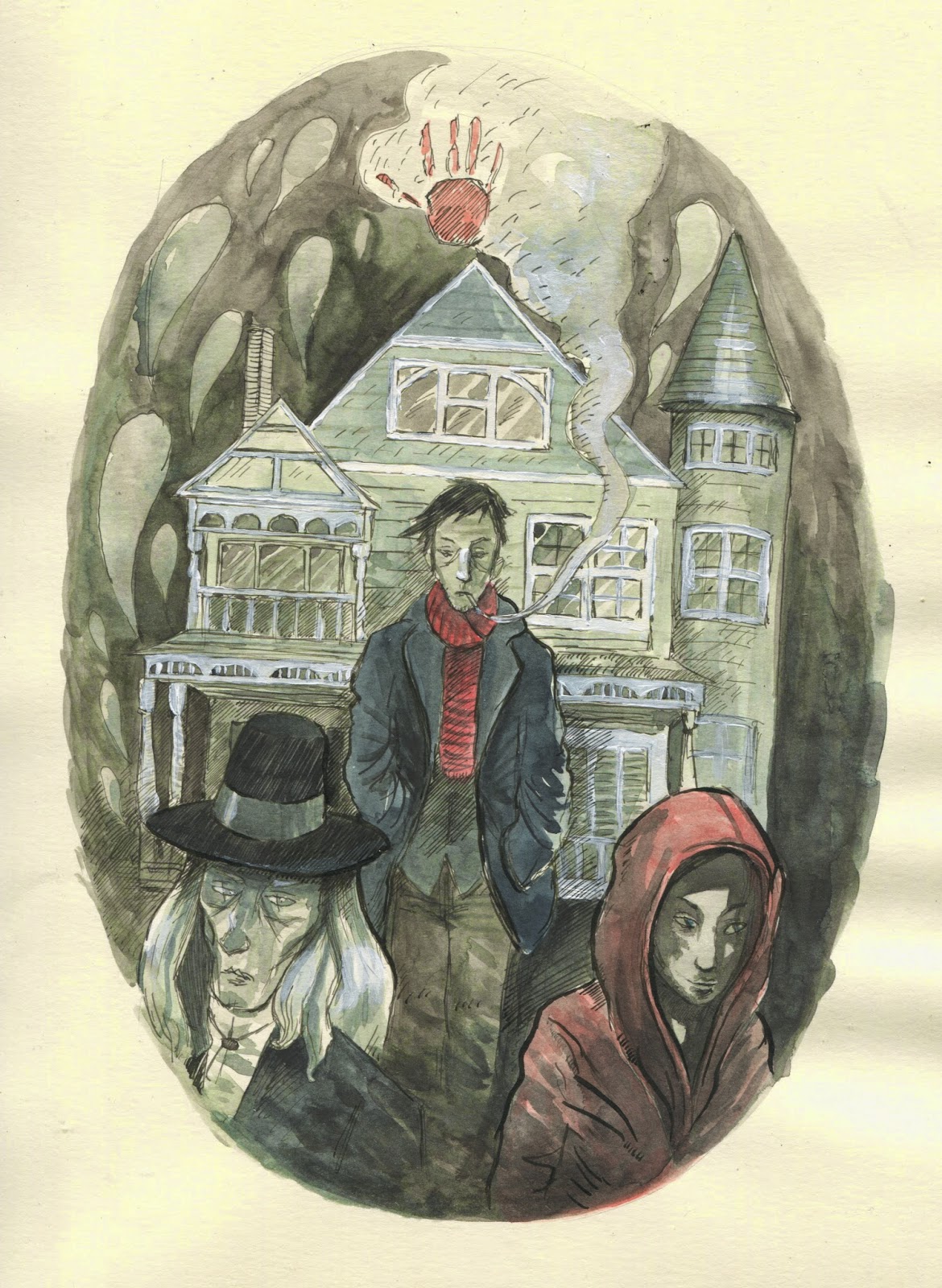 Thanks to Dave's binge reading lately, I have discovered this very original graphic novel.
I love the title character, as he is an overmediatized warlock, behaving like Charlie Sheen. He is overundulging into alcohol, and having a tendency to blow up things. He has inherited his ancestor's title of Hand of the island (which happens to be Manhattan). To help him, he has a room full of artifacts, which I hope to discover more and more about.
I find it interesting to mix two polar opposites: Reality TV's superficiality and novelty, opposed to the secular knowledge of supernatural and magic.
It swings nicely between humor and dramatic.
Evil entities are present, and build up into an evil organisation in volume two. I wonder how it is going to tie in to the present.

What really caught my eye was  Palle Schmidt 's art, made in watercolour and brushes. There is so much depht in the colours, and the drawings are blending perfectly with Chris Miskiewicz's story.  Sometimes it turns to dark lavis, for flashbacks about Richard Aslop, the first hand of the island. And suddently there is a splash of red.
It's really letting place for imagination, and I love that sometimes, frames are left without any text needed, making the island itself a character (I sometimes find american comics can be overloaded and don't let place for silence, here it's not the case).

The issue number two leaves us on a cliffhanger absolutely incredible and dramatic, which might be a life changer for Thomas Alsop.
I'm looking forward to read issue three, it's going to be hard to wait! 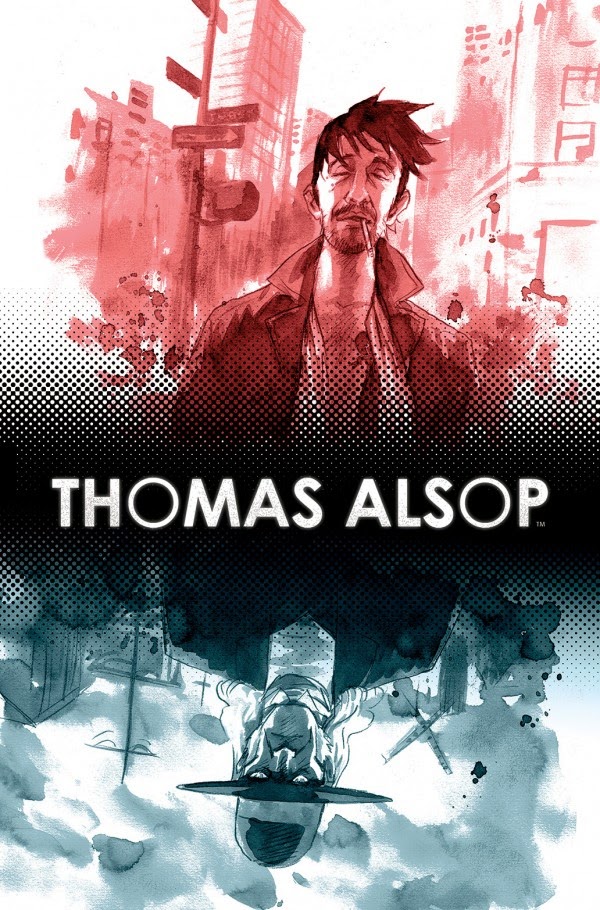 EDIT Here is the website for THomas Alsop http://thomasalsop.com/, thank you Palle Schmidt!